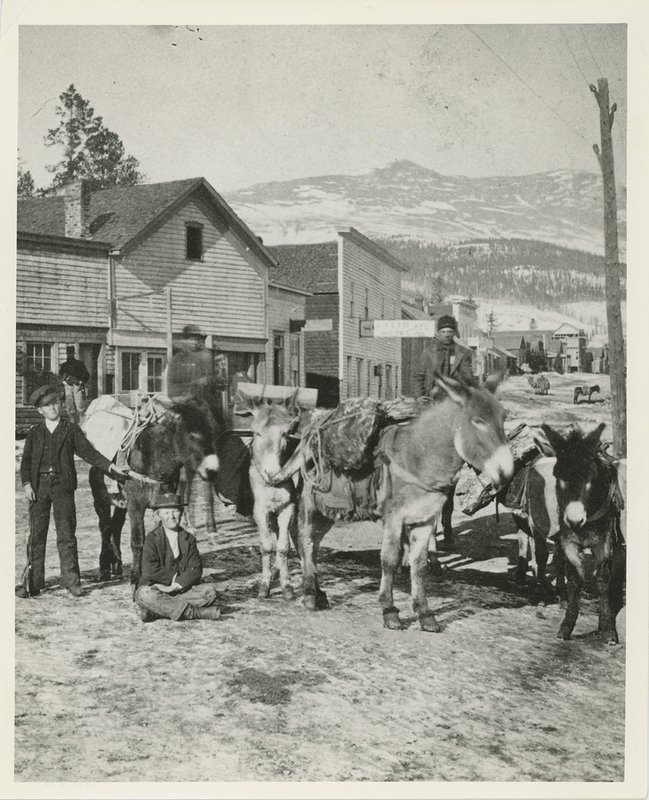 "That which one day was but an isolated gulch or mountain side, most likely never before seen by a white man, the next day became a bustling, hustling mining camp with its hundreds of people and the accompanying wild day and night life, the result of a 'strike' -- the discovery of the new mines of gold and silver by the prospector." 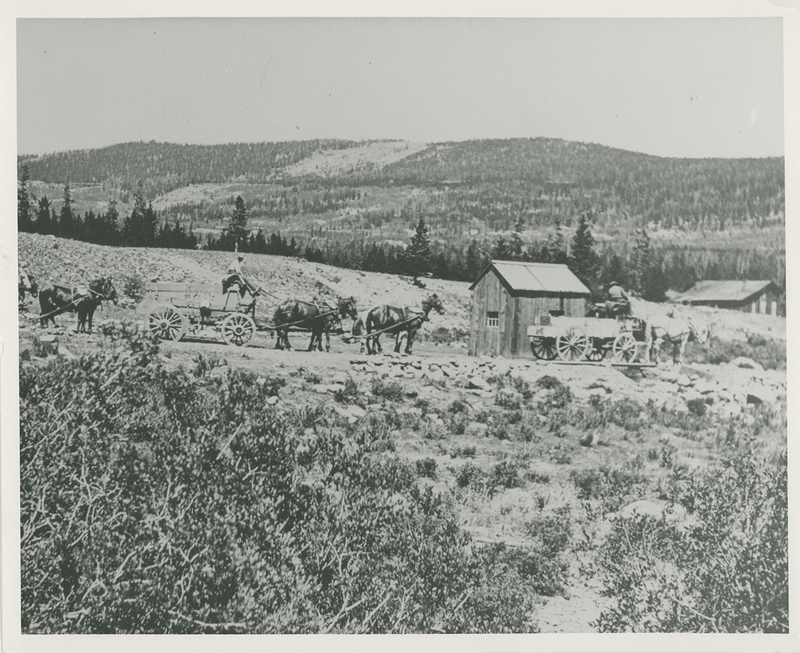 London ore teams with their horses on the scales at Alma Junction, early 1900s

The need for mining districts quickly gave way to the establishment of federal laws after the Mining Act of 1872, but the district communities remained. The new laws mandated a greater specificity of recording boundaries and claims, issues that had previously been handled by the self-governed districts.[2]