London Mine and Mill 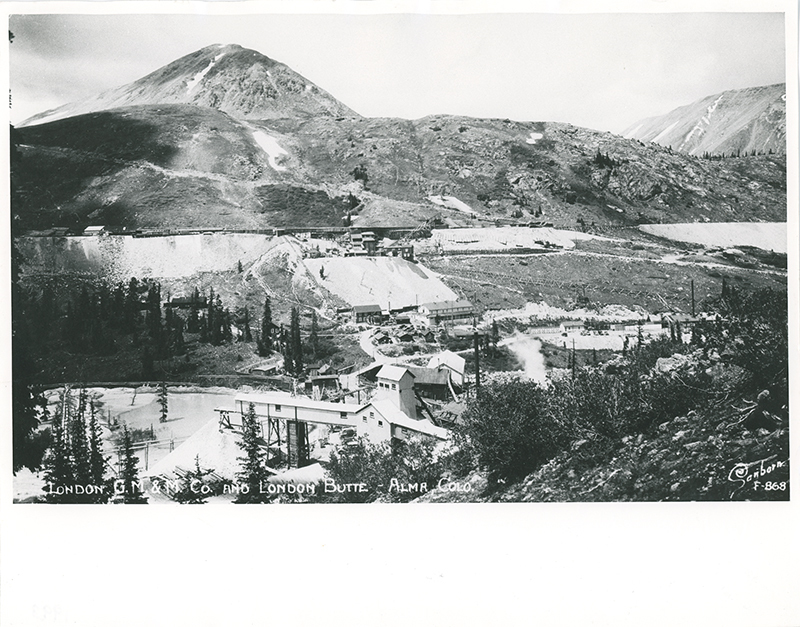 Postcard depicting a small mining town near London Mine

The London Mine was initially established in 1873 with the discovery of ore-bearing gold in mountainside. The area was soon to be surveyed as Mother, Paris, London, and Hard to Beat lodes. A mill was added in 1892 to help curb the expense of hauling materials to be processed off site. The London Company operated mining on both sides of London Mountain. The North Mine and Mill, located above tree line, was home to Colorado’s first aerial tramway.[1] 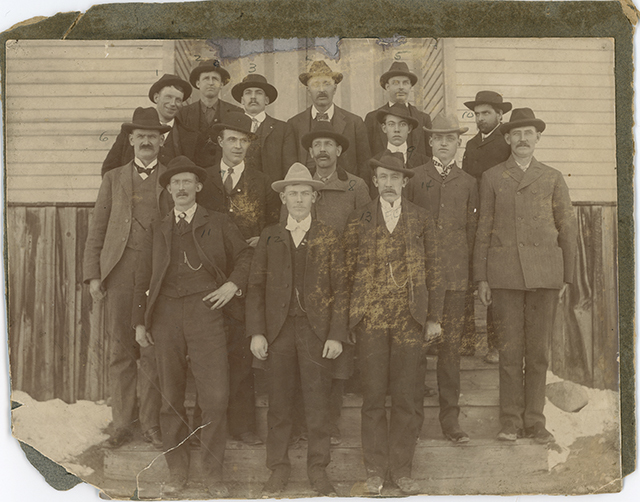 In 1902, operations were moved from the North location to the other side of the mountain, where production was resumed at the South London site. London mill was quite lucrative and productive helping to process one of Colorado’s most successful gold claim. It is estimated that between 750,000 and 1,000,000 oz. of gold were recovered by the London group in this area.

Panoramic photograph of a small mining town near London Mine

The success of the London operation was also integral to the local economy. Much of the population worked for or sold goods and supplies to the mining operation. The mine and mill were large factors in the establishment the London Junction (now Alma) stop, carrying ore and tailings from the mine to Denver on the Denver & South Park Railroad. [2]

General Plan of Workings London Mine 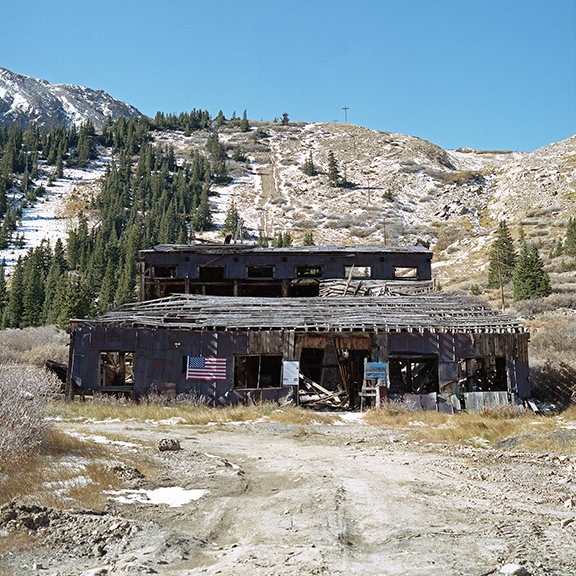 The London Mine site is currently in the process of raising funds necessary for restoration. A nonprofit group, the North London Mill Preservation, working with the aid of History Colorado has set out to restore the site for recreation and educational purposes. A $35,000 grant was recently awarded in 2018 to aid with restoration. This grant was used for the first of two phases, re-stabilizing the North Office, which the North London Mill Preservation group plans on using as an educational space as well as a backcountry hut. 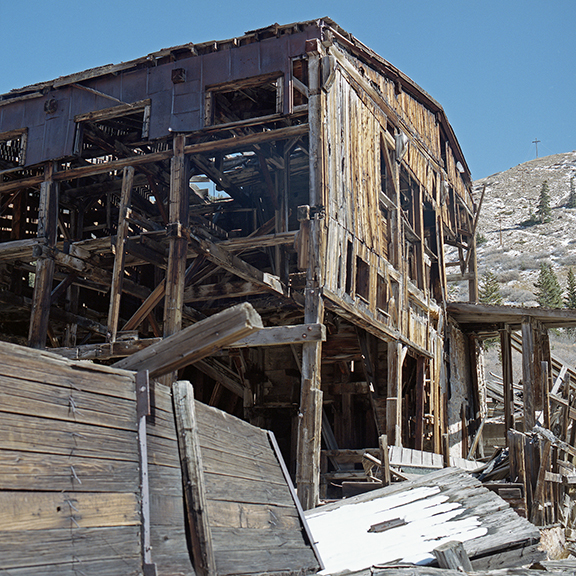 The Mill, an impressive timber frame structure that is a prominent remnant of the once mighty mining operation, has also been the subject of plans for restoration for future educational and recreational uses.