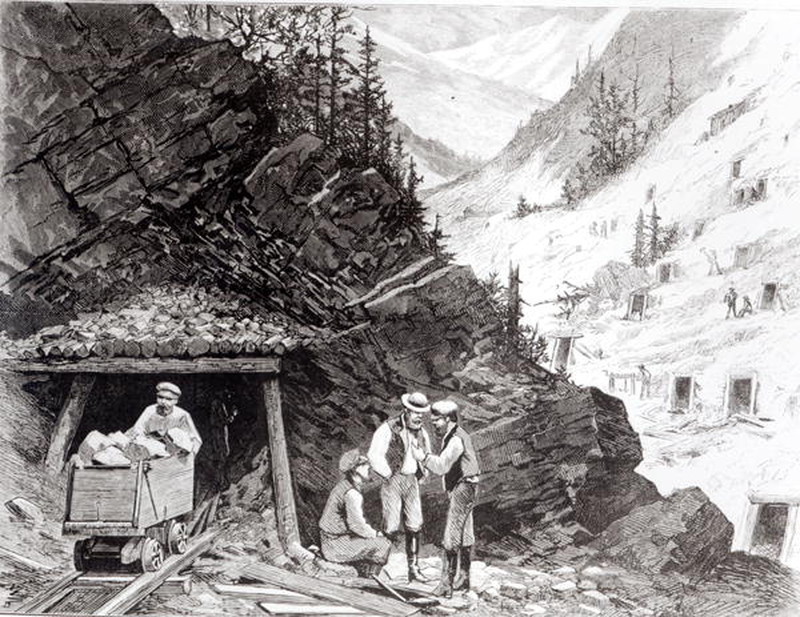 Another type of mining very different from placer mining or “panning for gold,” is called underground mining. This is the type of mining most people thinking of when they think mining: it's digging holes into mountains, underground tunnels and caverns. This is also called “hard rock mining” or “lode mining.” 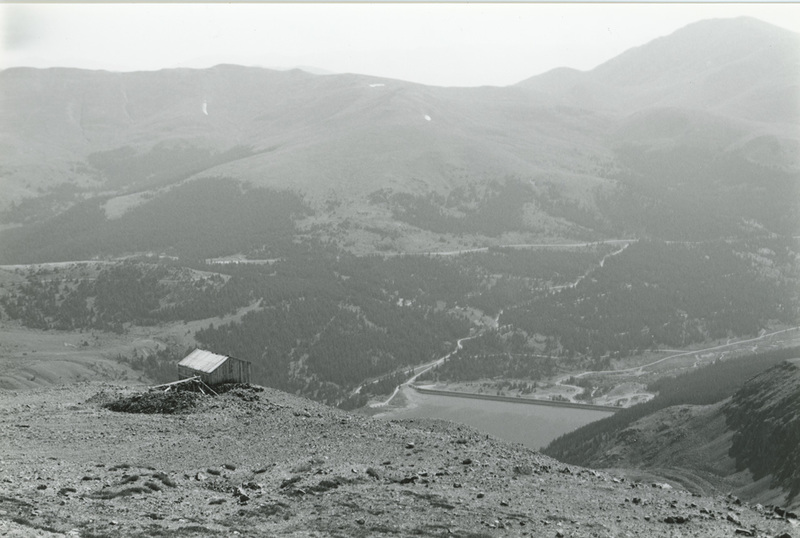 After prospectors established placer mines all over Park County's gulches, they moved on to the more difficult mountain veins to plunge the depths for riches. Lode mining costs more than surface mining, and there are also significant risks to this method including a loss of air supply, explosions, and implosions.[1] 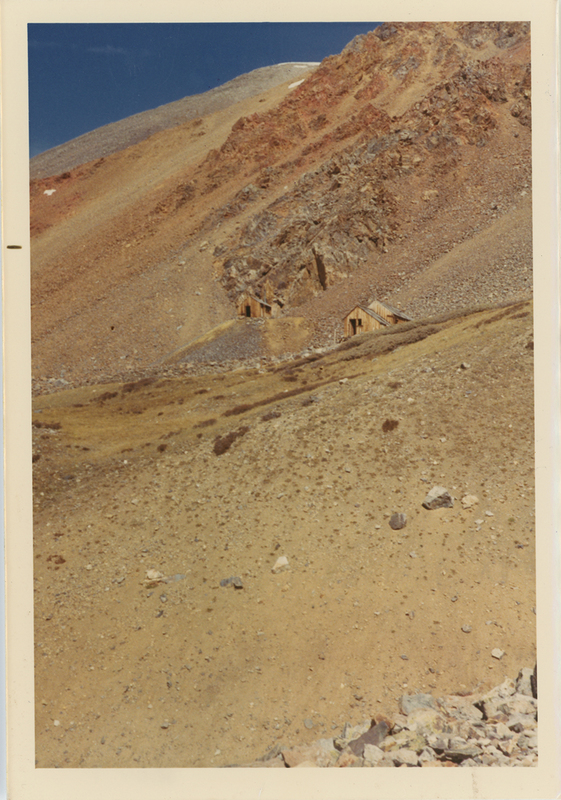 Mine shacks on Mt. Bross at Buckskin Gulch, 1971

Like everyone who came West had hoped, gold was found in the lode mines. The first lode mine in the Alma district was located in Buckskin Gulch, and it was explored by local icon Joseph Higginbottoms, aka Buckskin Joe.[2] That first claim was called the Phillips Lode Mine. In the first two years, the mine produced $300,000 worth of ore.[3] That’s a lot of money even today, and in the 1860s it was an incredible amount. Once the gold had dried up in Buckskin Gulch, they moved on to quartz.[4] 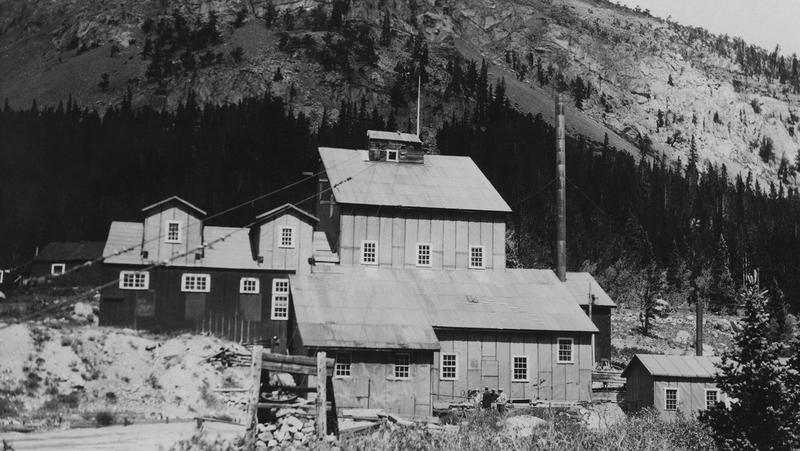