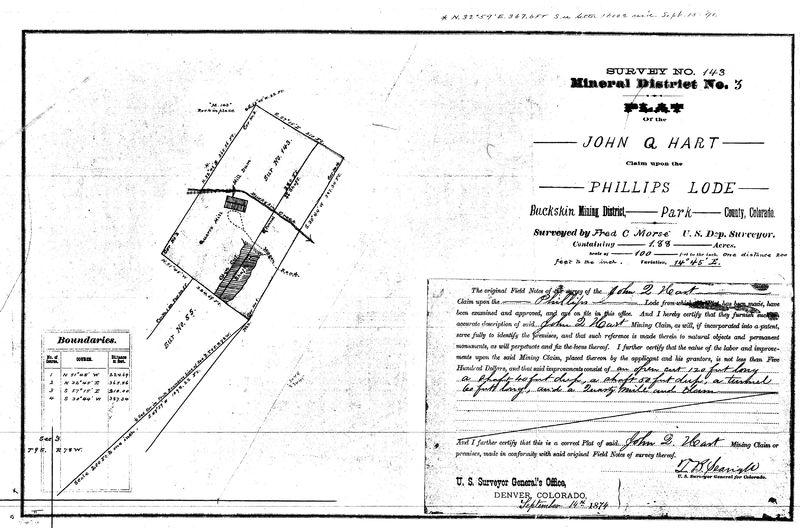 The 1872 General Mining Act allowed US citizens who followed the procedures outlined therein to file a claim, provided the minerals were on public lands. There are two kinds of claims: lode and placer.[1] 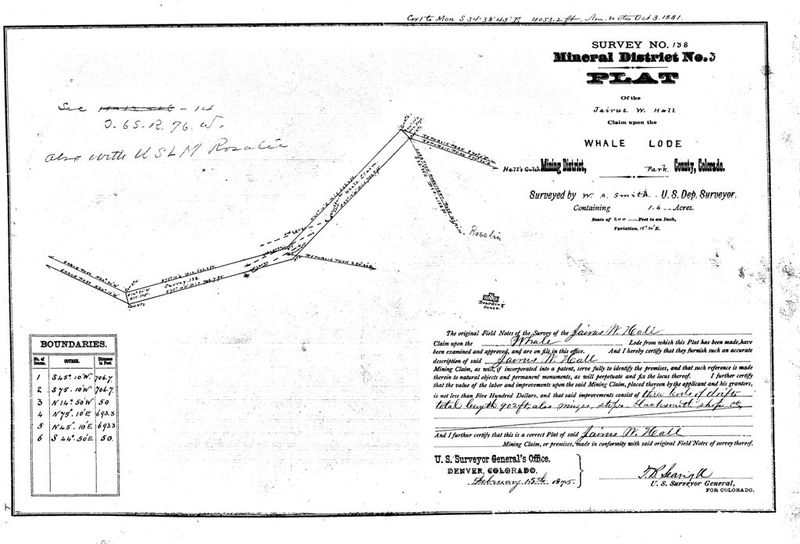 The first step in the process of obtaining a lode claim certificate was to provide a drawing of the lode claim area, usually done by a surveyor, that would outline the area in which the miner intended to extract minerals.

[1] US Bureau of Land Management, “Mining Claims and Sites on Federal Lands,” May 2011, https://www.blm.gov/sites/blm.gov/files/MiningClaims.pdf.